What is My Main Character Doing Now?

I’m a pantser when I write; I’m a plotter in most other aspects of my life.

When I wrote the previous sentence, I believed it; however, by the time I finished writing this post, I realized it’s not true, so I left it and added this sentence. Just like a pantser.

People in the writing industry know the terms “pantser” and “plotter”. Early in my fiction writing, I went to a writing conference session led by Dr. Stanley D. Williams. According to his web site, he’s an international award-winning video producer, filmmaker and show creator.

Although Williams is a movie guy, his expertise translates easily into book writing – it’s all about the story, after all. During his presentation, he mentioned pantsers and plotters. My writer friend and I immediately said to each other in unison: “What did he say?”.

In my own words: 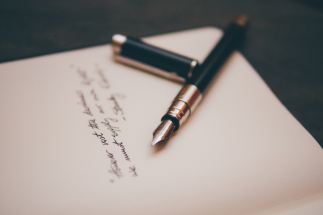 “Pantsers” begin writing with only a few ideas of what will happen in the story They may have a main character and conflict and determine the rest, or they may just sit down and write, see what character is formed, what conflict develops. This is the way I write.

“Plotters” outline the entire book from start to finish. They know all the characters, all the conflicts, in what order these conflicts will occur, who will do what to whom, and how the book will be resolved. 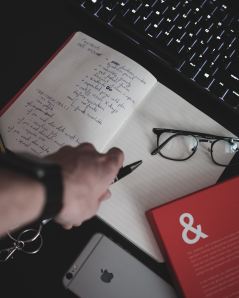 There are variations within each. Most people are somewhere in the middle but lean toward one or the other.

A thousand years ago when I had to write papers in college, all the professors insisted we turn in an outline first. They didn’t care (or didn’t believe me) when I told them I didn’t use outlines. I wrote all my papers well ahead of the due dates so I could then write the outline from the paper. I guess all my professors were plotters.

I don’t like word counts – I often say “it’ll be as long or as short as it needs to be” although when I’m writing a novel, I do keep an eye on word count so I know when to put in conflicts or resolve them. I’m guessing that plotters know the exact page on which they introduce or resolve a conflict. I have no idea how to do that. Plotters probably can’t conceive of how I write either.

According to Williams, there are drawbacks to each approach. Again, in my own words:

A pantser may have to rewrite if the story goes somewhere unexpected. They may have to change or add characters, add foreshadowing, change some plot lines. I once had a character change from a bad guy to a good guy halfway through so I had to change all the bad guy foreshadowing early in the manuscript.

I’m often surprised by what the people in

A plotter may be so bored by writing what they already know is going to happen that it can be difficult to see the writing all the way through. Also, if they want to change something, then they have to change the whole outline.

So, how do these terms translate into other areas of my life? Ten minutes ago, when I started writing this, I would have said I’m a plotter. But I’m not. I do a general plan but leave some things open. Exactly like I write.

When I vacation, I book the flight and hotels and a few activities. I leave plenty of time open for the unexpected. I once took a train across country at the last minute – one of my best trips ever.

My work is strategic planning, marketing and outreach. I begin with a definite plan and, even though I have years of experience determining what motivates people to buy or give or come back, you can never say for sure what people will do. So, I allow time and room to adapt the original plan after it’s launched.

As for relationships in my life, well, um, you can’t plan those, can you? Lol.

When people are involved, you can’t plan in detail. At least I can’t. Just like in real life, I’m often surprised by what the people in my stories do. This can be good or bad, but it’s most always fun – at least in stories.

When I first contemplated writing fiction, I had no idea how to do it. Nevertheless, I forged ahead, rising early every morning and writing ferociously. In my quest to figure out what the heck I was doing, I pulled out a book on writing that had been on my bookshelf for a long time. It was the perfect book for me to read at that time.

The Forest for the Trees by Betsy Lerner is a great book for new or doubting writers.

Lerner got me. She knew what made me tick and why I felt the need to write. She understood my initial fears and the pain from derisive friends. “When I asked the readers of my blog,” she said, “if they remembered any hurtful things people had said to them about their writing, the comments poured in.”

Silly me. I thought everyone would be excited for me and encourage me. Instead, some of them laughed and even rolled their eyes. A common response was, “Yeah, I’m gonna write a book, too.” I was shocked at the disdain I encountered.

A few people encouraged me and those were the ones I clung to as I continued writing. My favorite piece of encouragement: “It’s about time you write a book!”

When I first began telling people I was writing a novel, many of them laughed or rolled their eyes.

As I wrote, another surprise emerged. In my writing, I was revealing a lot about myself – not in an autobiography or memoir but rather in the way I see the world and weave life experiences into the story line. When Lerner describes different types of writers, I immediately identified with the one who was worried about what other people would say.

What would my family and friends think? Was I revealing too much about myself? The fears were quick and unexpected and fierce. Fear of not being heard. Fear of being misunderstood.

“Writers tend to censor themselves,” she said, “for fear of what other people think, especially those at home.”

Now, I don’t care. I write what I write. If I’m revealing things about myself, so be it. If people see themselves or are critical, I don’t care. I’m not setting out to hurt anyone. I am writing from my life experiences, which are not like anyone else’s. Yet, my hope is that my readers will say, “Oh, I feel like that, too.”

Persistence in this craft was another unexpected necessity. If you receive nothing but encouragement, wow, that’s great. But I think most of us experience something different. The criticism of so-called “well-meaning people”, who tell you writing is an unattainable ambition, combined with your own self doubt can cripple you. That’s when ego and persistence come into play. I’ve always had plenty of both, which has brought me some trouble in the past but for which I’m now grateful.

Criticism, combined with your own self-doubt, can cripple you.  That’s where ego and persistence come into play.

Lerner addresses this: “…the degree of one’s perseverance is the best predictor of success. It is some combination of ability and ego, desire and discipline, that produces good work.”

She says writing is a calling. If you have to do it, you’re a writer. “Asking whether you’ve got it, whether you should stick with writing or quit, is a little like asking if you should continue living,” Lerner said. “For most writers, being unable to write is tantamount to suicide.”

When I got to about 40,000 words, people stopped rolling their eyes. Up until that point, I felt very alone. I received about 10 percent encouragement and 90 percent discouragement. So, I stopped telling people what I was doing.

For most writers, being unable to write is tantamount to suicide.”

And then when I didn’t have instant success, like I expected, more derision. And I beat myself up. Could I do this? Maybe I wasn’t good enough. Nevertheless, I kept going. I’m still going. And Betsy Lerner’s book helped me persevere.

Lerner also gives practical advice about agents and editors (this may be outdated by now), but it’s the first part of her book that appeals to me. If you have any doubt about your life as a writer, read it.

What books on writing have encouraged you?